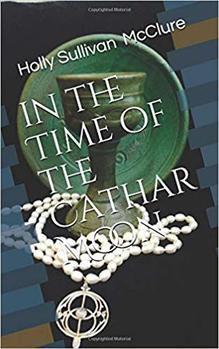 In the bayous of Louisiana a young woman is uprooted from her home by forces beyond her understanding. The face of evil hides behind a benevolent smile and promises a new world order of peace. Warrior priests protect an ancient blood line from an enemy determined to eradicate it from the world. Faith and reality collide as final prophecies come to pass. Will evil reign or will the righteous rejoice? Two children hold the key, and they are silent.

Included as a bonus in In the Time of The Cathar Moon.
​ 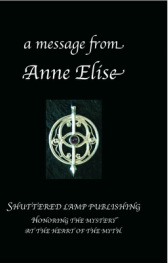 Companion booklet to In the Time of the Cathar Moon.
Healer, traveler, and teacher of the Cathar faith Anne Elise Grey is introduced in Promised Child. When she went into The Eternal, she left this little booklet to her children to reveal to them the mysteries of  The Way.
Page 1
I leave these final thoughts for my dear ones.  May the grace of the Most High, guide you to all Truth. The desire for gnosis is intrinsic to one who is truly wise. More than food and drink, the wise crave knowledge. A discerning man’s greatest treasure is the inimitable resonance of the Teacher’s voice. With open ears, he will listen.
When a single word of wisdom falls on ears that are open to it, that word is multiplied. Like a germinating seed, one word can sprout, grow to maturity and bear fruit. One small grain of truth, when nurtured and cultivated, multiplies and becomes a bountiful harvest, reaped by the fortunate seeker who finds it.
Morsels of truth have been scattered abroad, waiting for the seeker to take notice. When truth is found, it disturbs for it contradicts error that is accepted as reality and makes the hearer consider something other than engrained dogma. Beware that you do not value comfort over truth. Those who do will chose the lie and rest comfortably in ignorance. The voice of the teacher will cease to call, and error will be accepted as veracity. 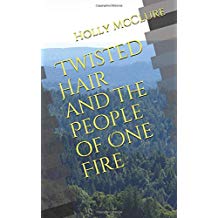 Twisted Hair and the People of One Fire
This one is from the heart.
As the first Europeans arrive on these shores, a holy man travels from the sea coast to Shaconagee. There where the mountains are covered with smoke, lies the mother town of his people. He brings a story that fulfills a prophecy and changes the world.

His story unfolds through the eyes of the three storytellers who follow. The strangers bring the destruction of a way of life and an ancient people, leading to the removal of the Cherokees from their homeland and the trail of tears.

We see them once again, surviving and renewed, telling the old stories and revealing prophecies of things yet to come.

Twisted Hair brings the stories of his people. 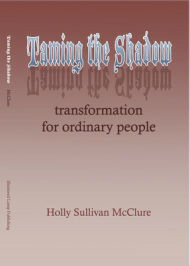 As a counselor and facilitator of spiritual programs in addiction treatment facilities, the author was privileged to work with many alcoholics and addicts who transformed their lives. Her ordination to the priesthood in the Celtic Christian Church, added another dimension to her work. As a student of Hermetic Philosophy, she brings ancient wisdom to present day problems.

Taming the Shadow is a text book and work book for anyone who desires a more fulfilling life and a higher spiritual path. Filled with practical, down to earth information as well as spiritual insight, this is a must for spiritual seekers and those who will settle for nothing less than personal transformation and a life lived to its fullest. 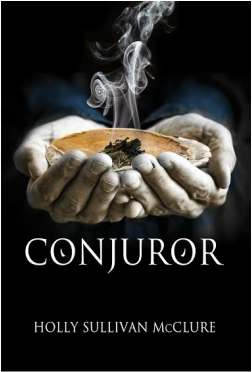 A secret surfaces in the dark of night and changes
a quiet, secluded community from sanctuary to
threat.

John McLeymore must learn to believe the impossible
and become more than he can imagine. If he fails, everybody
he loves is lost, and his eight year old daughter will be one of
first to die.

He lives among people with secrets he doesn't want to know. Loving the granddaughter of an old man who holds the key, forces him to make impossible choices and commit unspeakable deeds. Everything he has ever believed is called into question.

​Nominated for Georgia Author of the Year 2016. 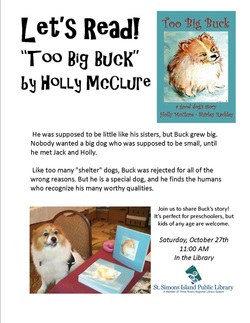 The story of a good dog who got off to a bad start.


Buck was the star of show at his first signing.


Too Big Buck is the mostly true story of a good dog who got off to a bad start.
At 35 pounds, Buck was way too big for the lady with the squeaky voice. And he
had far too much hair that got all over her nice sofa. That's why she sent him away.
Jack and Holly knew that good dogs, like good people come in all shapes and sizes.
He's a big dog with beautiful hair and that's just the way we like him
author: Holly McClure
illustrator, Shirley Rackley